Thiago Moises all in class after his main event loss to Islam Makhachev at UFC on ESPN 26.

Moises (15-5 MMA, 4-3 UFC) made the lightweight list Saturday at UFC Apex in Las Vegas with a big chance to derail one of the hottest names in the Makhachev weight class (20-1) MMA, 9-1 UFC).

The Brazilian was judged as a big bet loser but entered the competition confident that he has the answer for Makhachev’s skill set. However, things didn’t turn out that way, because Moises was arrested fight ending choke behind naked in Round 4.

Moises had trouble finding an effective attack before the end, but he stepped out of the octagon with his head held high. In a statement posted on social media, Moises writes that he has “no excuses” for the results and vows to come back stronger (via Instagram):

I accepted the challenge 👊 and if I don’t win, I have a thousand more reasons to keep going and finding the top! 🏆

Thank you all so much for the incredible support. I’m proof we can put on a gig for you tonight.
Islam is a great fighter, and he is the best tonight. No excuses, we keep improving. I’m only 26, I have a lot of time left to be in my prime, but fighting is in my blood and I’m not stopping.
I’m still a winner because I have a great family, a great team, great fans 🇧🇷🇺🇸 and I get to do what I love.

I am proof of that: if you work hard and follow your dreams, anything is possible.

Thank you UFC, see you soon!

Moises’ loss followed a three-fight streak for him, against some prestigious names at 155 pounds like Alexander Hernandez, Bobby Green and Michael Johnson.

However, Makhachev proved to be on a different level than those men, because he knocked Moises down in the first three rounds and created a chance to get the job done in the fourth.

With the hard lesson learned, Moises appeared eager to return to the American Top Team in Florida and continue training towards a comeback performance on the next outing. 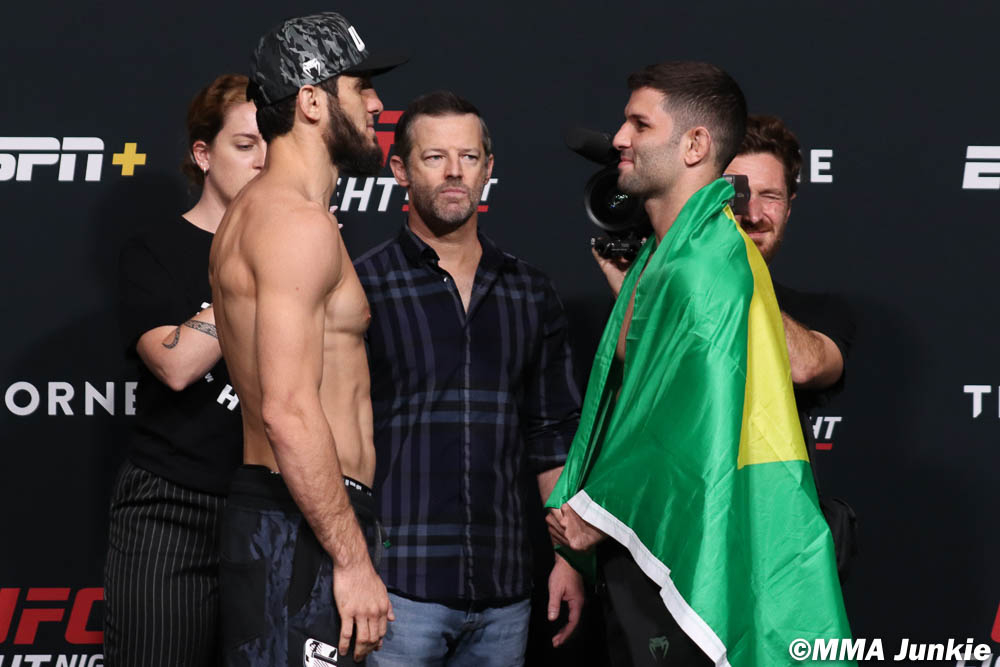 Thiago Moises makes no excuses for UFC on ESPN 26 loss: ‘Islam is an amazing fighter’