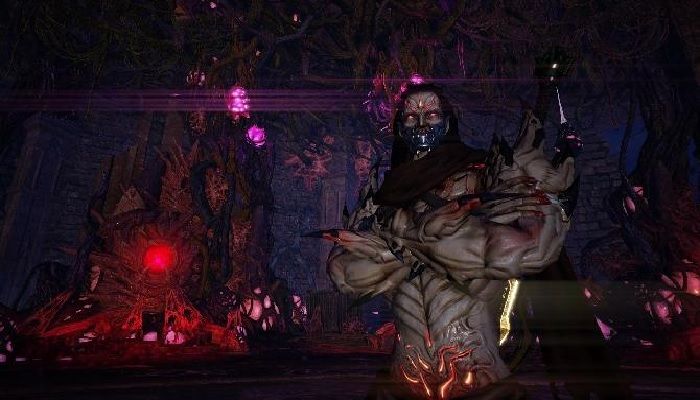 Tomorrow’s weekly update for Swords of Legends online introduce The very first raid of the Prohibition Court recently launched Update, The Sparkwood Gardens. With four new bosses to challenge and two modes, you’ll be able to join the raid once per week.

As with other raids, this will open in both easy and normal mode. Easy mode gets you ready for tougher challenges and won’t drop any progressive items, but you’ll be able to complete farming and petting missions if you win. Normal difficulty will open up to groups of 10 to 20 players to challenge, only through manual matchmaking and you will be able to get level 105 gear, Sealstone IV (PVE), equipment crafting recipes, items crafting materials and more.

Tomorrow’s update will also new PVP season starts. Everything earned after update tomorrowe will count towards the new season and award Yunfeng Seals and ranked progress for matches in the PVP arena.

The update also adds Sealstone IV (PVP) items to equip level 90 PVP items. There are also new recipes where you craft Sealstone IV (PVP). There are new balance changes, Floral Palace hero events now count towards the Battle Pass, and the extreme mode gear has been scaled back. Several other quality of life fixes and localization changes have been added.

The other meat of this patch is the Nezha event. This is based on Nezha, a movie and series from China, with the series available on Netflix if you want to familiarize yourself with it. The event kicks off tomorrow with the pre-event prologue, Water the Lotus in Cloudrise. On December 2nd, for a week, the main event will start and you can enter the event map through the lotus flower. The Nezha event will end on December 23.

For full update details, Check out the full notes ended at Swords of Legends online.

How to get Valor Lakefront Suite Key

Thanksgiving Madness! Leftists tell audience to charge guests, ask to be tested for COVID before entering the house

How to fix Invalid Access to Memory Location in VALORANT