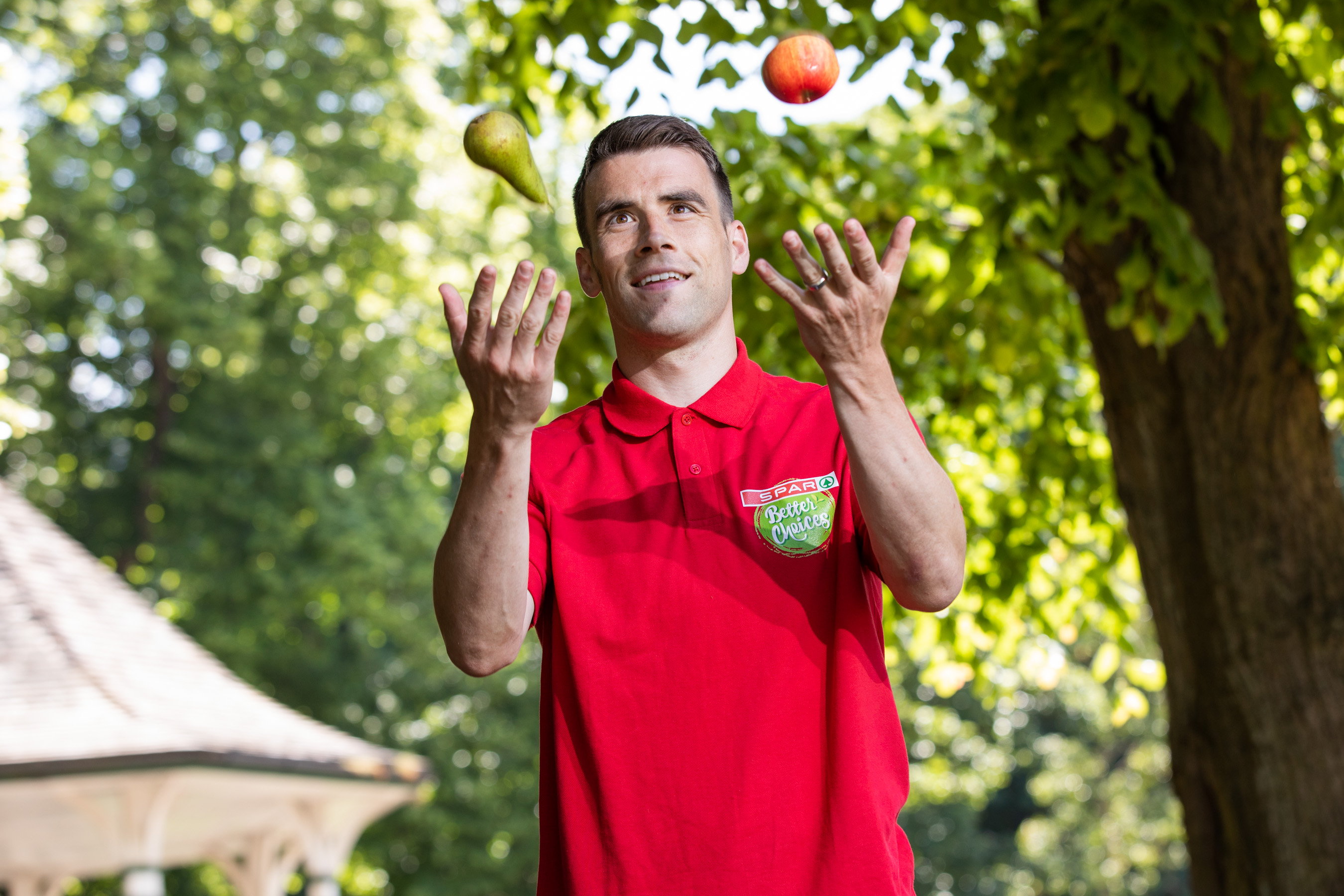 Everton have had a dismal start to the season and there was no chance for captain Séamus Coleman to play a role as he has only just returned from an injury sustained on duty in Ireland in June. At international level, Coleman now has a €24m player, Nathan Collins, in contention for his place and there are already signs his battle at club level will be one of relegation. Another one.

For Coleman, that’s on a personal level – from a broader Irish-eyed perspective, the mood music surrounding the Premier League season is depressing, with just three players eligible for the Republic playing for their clubs in the first two game series this season start. But the veteran takes it easy, his ears long trained to drown out the noise with club and country.

“I’m not 22 anymore. Yes, turnarounds are tougher than it was 10 years ago, but at the same time there’s a great kick to being out there, putting your body on the line and helping as much as possible,” said Coleman at an event promoting SPAR Better Choices -Campaign.

“I’m in the phase now where I’m enjoying being out there and doing whatever I can do at the age I’m at. I’m not 37, I’m 33 and I’ll be 34 soon. I like that I’m still at this level, still fighting and having to prove myself every day.

“I suppose if I feel like I can’t keep up at the level I’m at, I’m not just going to persevere, I need to feel like I’m worth it for whoever I am worth playing, whether it’s Everton or Ireland. I haven’t looked too far ahead,” he says, while admitting that the long playing careers of comrades like Glenn Whelan (still playing in League One at 37) and Wes Hoolahan (still in club football at 39) are ways to follow.

“I’ve planned for the future you’d be stupid not to but it’s about going in tomorrow and trying to be the best player I can be in training. You can see people like Glenn Whelan, what they’ve been through in their careers and still play in the leagues they play in. So does Wes Hoolahan, but I don’t think you can do it without also having the love for it. I still have that, long may it stay that way and see how far it takes me.”

For now, he has to overcome the hurdle of winning his fitness battle and getting back to the Everton side.

A hernia injury that flared up in Ireland’s June Nations League series led to surgery and he missed the club’s pre-season campaign, although he was encouraging enough to make a place on the bench in last week’s defeat at Aston Villa take.

While Jurgen Klopp seemed unhappy with the treatment of Caoimhín Kelleher’s injury while on duty in Ireland over the summer, Coleman says his club have no problem with him being injured during his absence at Republic.

Now he is about to make a return to the side. “It’s up to the coach now that I’m fully fit,” he says after watching two defeats in two games for Everton. “It’s important not to be stuck with a hangover from last season and just judge the two games by how they were.”

But he admits that there is nothing to celebrate when the club just fall short of staying up. “I never once said ‘celebration’ in my interviews,” says Coleman. “It may look like a celebration but it was relief, relief because a Premier League club at this level shouldn’t be in this situation.

“A lot of people, including players, have to wonder why we put ourselves in this situation. We must make sure it never happens again. Not once, being home in Killybegs over the summer, did I think anything had been accomplished, lessons must be learned. Of course we definitely want to have a more successful season than last season and that will be the goal, but with all due respect it’s a very tough league and nothing is taken for granted, you have to work very hard to be successful. ”

The same goes for his career in Ireland, where he wants more than he has done. “There have been a couple of results that we are very, very disappointed in and as players we know we should have done a lot better.

“You are always under that control. But when we’re head coaches of a national team, we’re always scrutinized from game to game. We see it over here with England. It happens on this level. It’s all about blocking out the noise and believing in what we do. As players, no, we don’t really notice it,” he says.

“The group is happy, the group is eager to learn from the manager. When the results are good and we play well it’s very satisfying and there have been a couple of results that we were very disappointed in that we should have done a lot better on.”

He admits the severe lack of Premier League talent available to Stephen Kenny will mean a dependency on Championship players.

“When I first joined the Ireland team there were 11 Premier League players in the starting squad, so it’s getting harder and harder,” he says. “I don’t know if they are boys [Nathan Collins, Gavin Bazunu and Mark Travers] Playing in the Premier League week in and week out will pretty much make up for it, but The Championship is a very competitive league and there’s no reason they can’t do well for the national side as well.

Seamus Coleman, Republic of Ireland and Everton captain, is helping to launch the SPAR Better Choices campaign, now available in stores nationwide. This year, SPAR is providing the tools to make every day better choices more exciting for parents and children as they prepare to return to school. In addition to healthy recipes, SPAR has produced its ‘Seamus Says’ social content series, in which the Irish captain shares his top tips and fun ideas for keeping kids active when it comes to hanging out after school and at the weekend move. Visit www.spar.ie for more information

https://www.sundayworld.com/sport/soccer/seamus-coleman-admits-he-is-feeling-his-age-as-he-aims-to-extend-his-career/596656478.html Seamus Coleman admits he’s feeling his age as he looks to extend his career

This 90's anime is a good fit for Stranger Things fans

The case for Hogwarts Legacy to add multiplayer duels as DLC

Coco Gauff to miss Olympics after testing positive for virus