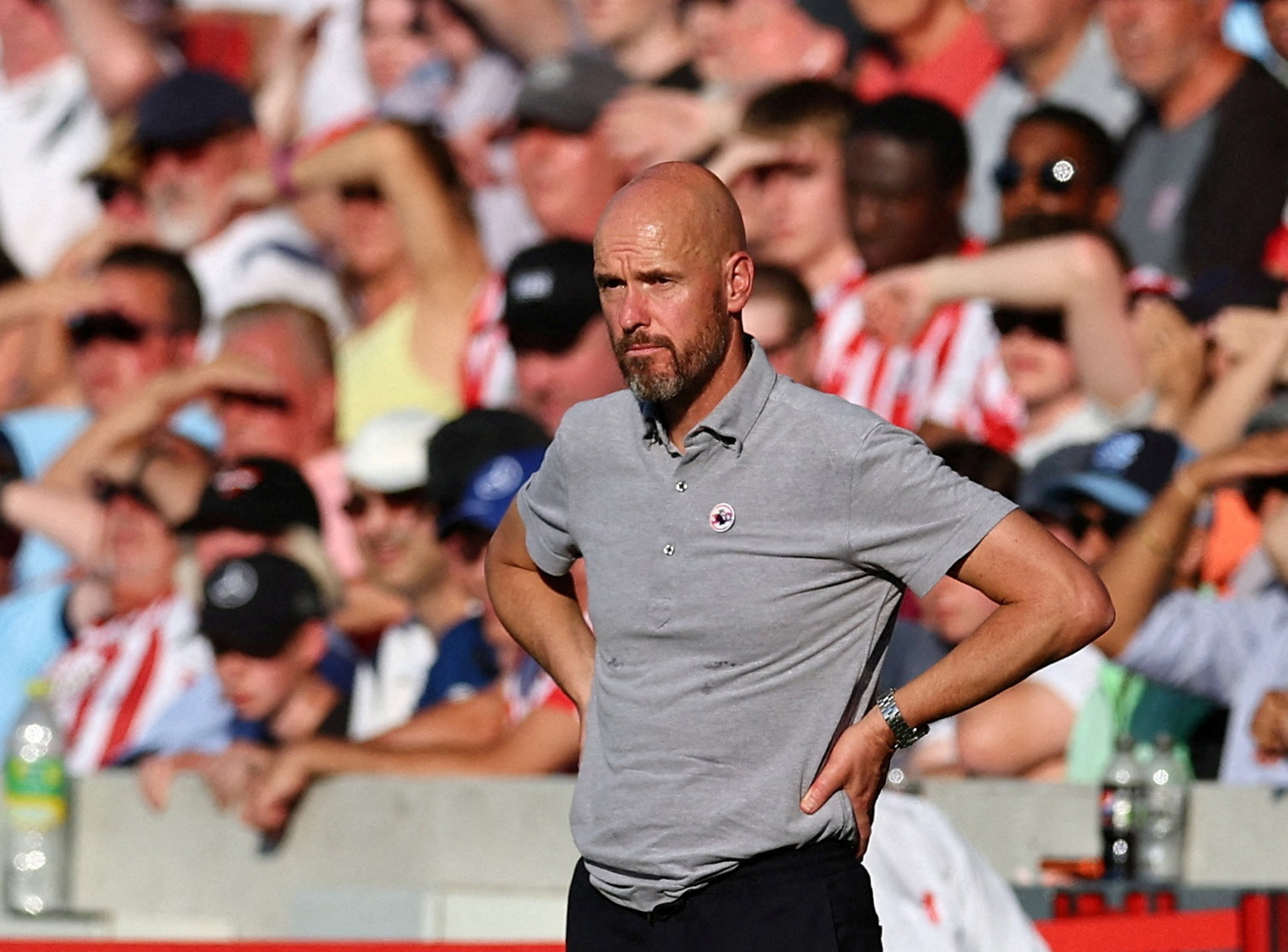 United are at their Premier League low after losing the first two games of the season to Brighton and Brentford, with Evra refusing to back down in his Betfair column.

“It’s deja vu and I’m not surprised,” explained the Frenchman. “I see the same players, there’s no confidence and I think we got carried away from the preseason. Sometimes when the league starts things are very different. I even prefer a bad preseason, then you have to work hard, legs are heavy, and if you’re too sharp and look good preseason, then you don’t work hard enough.

“We blame the board, the manager and a lot of people. But what about the players? I’ve always had so much respect for the players, but now I think it’s time they took some responsibility.

“The way you lost to Brentford shows you that this team is traumatized. I’m not surprised by the result, you can see the body language. I’m not asking these players to play great every game, I’m asking them to fight. If They don’t fight anymore because those players don’t want to be there and they don’t respect the badge.To be clear Brentford were up 4-0 after 35 minutes.When I saw that I wasn’t surprised and that’s that Worst: What did we expect after seeing the same midfield, same team, what does anyone expect?

“People are comfortable, people are enjoying their money and their lives and that’s why I’m fed up with it when it’s like that. You can’t take money from the club just to be comfortable, you have to fight on the pitch. That is why I think players need to look to themselves and ask themselves are they destroying their legacy.

Erik ten Hag did not escape criticism from Evra as he hinted the Dutchman has made mistakes in initiating the United crisis since arriving as head coach this summer.

“I also blame Ten Hag, he was fooled by all these players just like other managers were fooled by them,” said Evra.

“They looked so good in pre-season and he would have been happy to make them even better, but no. Psychologically, they’re broken. Every time they take on a difficult challenge, these players won’t master it. That’s how it was .” for years and it’s the same, it doesn’t even hurt anymore.

“People don’t blame Ten Hag, but I’m sorry, he came in like ‘I can do this,’ and he can’t until these players leave. We have to rebuild everything and we’re not going anywhere with these players. I’m sad because I never criticize the players and when I see them I say hello with a smile and they love and respect me. But now I’m so hurt that I have to tell them the truth face to face.

“I don’t know if Ten Hag wanted other players. I don’t know if he wanted to get rid of some players but they couldn’t because their salary was too high. That’s why I’m mad at the players because it’s their fault. It’s up to them to say, “You know what, I’ve been here for many years and I don’t have the level anymore, so I’m going to another team, I want half my salary to get another team.”

“Ten Hag comes from the Dutch league, he wants to play from behind. You can’t do that with the players he has. De Gea can’t play from behind. He brought in Lisandro Martinez and everyone questioned his greatness. I played centre-back but I can jump and win the ball against Peter Crouch so that’s the difference.

“I never blame a player’s size, but you have to be able to jump. I remember when we played Bolton I was playing Kevin Davies and Sir Alex Ferguson said, ‘OK, Evra can do Stoke, Wolves, against these big teams play.’ He could see that I could handle big players who had most of their game up in the air and I enjoyed it.

“Ten Hag has to adapt and recognize that the Premier League is different, physically you have to be ready. I struggled my first six months. I thought I could come in, play nice and easy, but no. After that, I went to the gym all summer to get stronger, prepare to jump and win the ball. That’s when my United career really started. I’ll give it time, it’s too early to say someone isn’t ready for the job. From my experience and what I’ve seen in the past, things aren’t looking good for him.