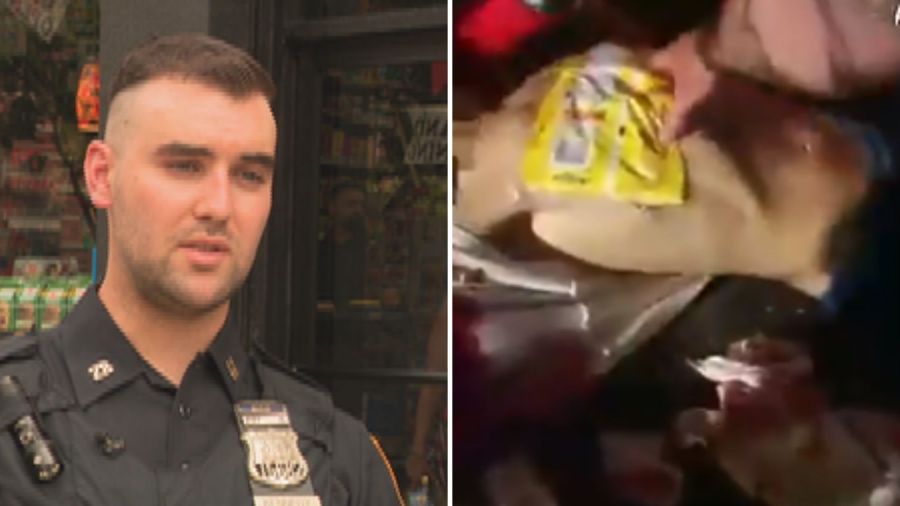 NEW YORK (WPIX) – An NYPD officer is being called a hero for saving a stabbing victim’s life by using an empty potato chip bag and tape.

Officer Ronald Kennedy and other officers in the area responded to a stabbing in New York City’s Harlem neighborhood July 7.


Police body cam video shows Kennedy rush to the victim who was bleeding profusely from his chest.

Officer Kennedy shouted “get me a bag of potato chips” and “get tape.” While the victim, a 28-year-old man was on the ground, Kennedy with the help of other officers and a good Samaritan helped the victim until EMS arrived.

“There was a guy right in the middle of the street flagging us down, his condition was really serious,” Grieve said.

Kennedy just thought as fast as he could.

“In that split second, I saw a lot of blood coming from his chest and worried about air getting into that puncture wound as well,” he said.

Before joining the NYPD, officer Kennedy was an EMT, so he knew he had no time to second guess. In the meantime, Officer David Galindez was able to apprehend the suspect around the corner from the stabbing scene.


Stimulus checks: Petition for more payments gets closer to goal


The officers said if they had to do it all over again, they would. The stabbing victim was taken to Harlem Hospital and is expected to survive.

At least one person killed in shooting at Mississippi Ladybug Festival

Weeknd’s ‘Dawn FM’ is his most enlightening album yet

“SNL” and the ugly comedians feasting on Amber Heard’s misery