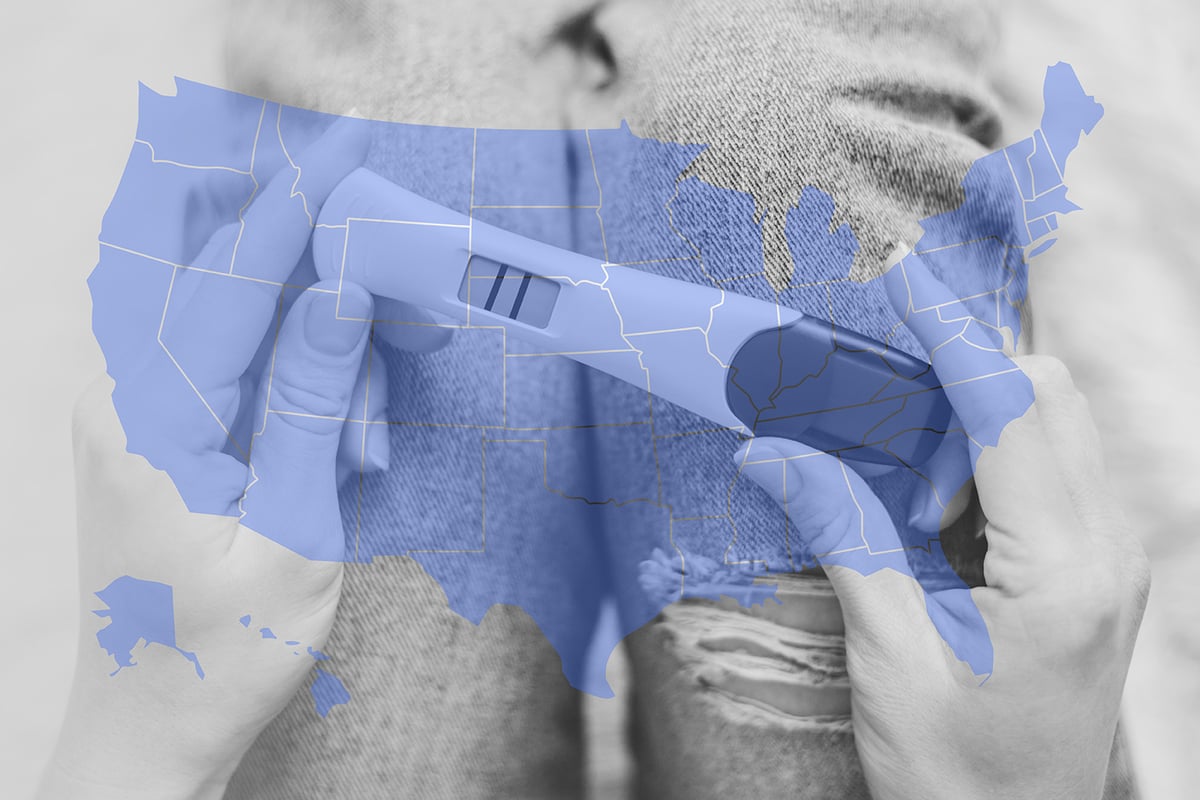 In 2020, nearly a million abortions were performed in the United States, including 330,000 in states where abortion is now either completely banned or severely restricted.

That means nearly 1,000 women would have fewer access to abortion treatments every day.

The latest figures released by the Guttmacher Institutean abortion rights research organization, shows that nearly one million (930,000) abortions were performed in the United States in 2020.

Additional analysis by NationalWorld found that in 2020, 330,000 abortions were performed in states where abortion is now either completely banned or severely restricted. The Guttmacher Institute believes all of these states are likely to impose a ban or severely restrict access.

That equates to 903 women per day who no longer have access to abortion services.

Texas, which now has a total abortion ban, had the fourth highest number of abortions of any state in 2020, totaling 58,000.

The so-called Heart Beat law, which prevents abortions after six weeks of pregnancy, was passed in Texas in 2021 and severely restricted access to abortions even before the Supreme Court ruling.

In all states where the Guttmacher Institute now expects a ban or has very limited access, including those that do not currently have the highest restrictions, 363,000 women had an abortion in 2020.

Missouri, which has also banned abortions, had some of the lowest abortion numbers in the US in 2020, recording just 170 – 107 times less than the annual average for all 51 states of 18,239.

The state’s abortion rate was also the lowest in the country, recording a rate of 0.1 abortions per 1,000 women — 144 times lower than the US average of 14.4. The population figures are based on the number of women between the ages of 15 and 44.

The situation is similar in South Dakota, where there is now a total ban on abortion. The state recorded just 170 abortions in 2020 and a rate of 0.8.

The interactive map below shows you which US states had the highest abortion rates in 2020.

In contrast, states with no or fewer restrictions and more safeguards had much higher numbers. Protection policies include state protection of the Constitution, abortion financing, insurance coverage for abortions, and patient and clinician protection.

California and New York, both with protective abortion policies, had the largest total number of abortions in 2020, at 154,000 and 110,000, respectively.

How are abortion rates changing in the US?

While some states have seen increases in abortion rates, others have seen dramatic declines.

The Guttmacher Institute said there was no clear pattern to explain why states had increases or decreases, but provided some background context for some states, including Missouri, where the number of residents who had requested abortions in neighboring Illinois had increased significantly was what protection provides guidelines.

A third of states saw a decline in abortion rates during this period, including Alabama, Tennessee, West Virginia and Louisiana.

The chart below shows you how abortion rates have changed in each state.

Separate figures from the Centers for Disease Control and Prevention show that women ages 25 to 29 were the most likely to have an abortion in 2019. This age group accounted for 29.3% of all abortions this year, followed by the 20-24 age group at 27.8%. of all abortions.

Black women were also found to have the higher abortion rates than white and Hispanic women, who recorded a rate of 23.8 per 1,000 women in 2019.

White women recorded an abortion rate of 6.6, while Hispanic women had an 11.7 rate. Women of “other” ethnicities had a rate of 13.0.

Where is abortion forbidden?

Friday’s (June 24) ruling has already caused abortion clinics to close across the country as states are now free to choose their own abortion laws.

The organization has analyzed current state policies regarding abortion, and the interactive map below shows you how restrictive or protected access to abortion is in each state. This information was correct as of June 24th.

https://www.nationalworld.com/news/world/roe-wade-abortions-texas-us-states-banned-abortion-3748463 Number of abortions in each US state and where they are made illegal

The Bachelorettes are sad and I’m mad at them

The decision Trump makes could destroy NYC one day