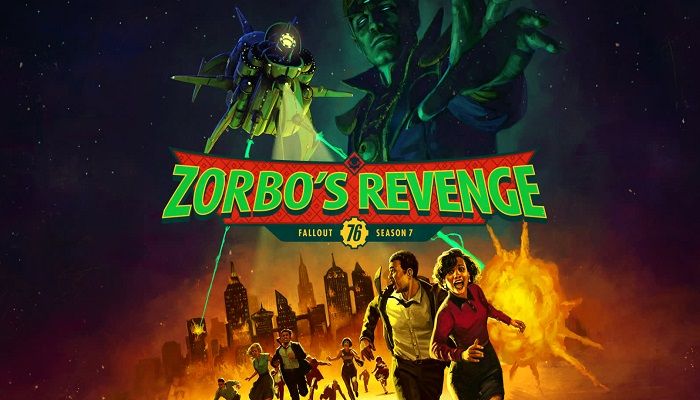 It’s the night of the moth in Fallout 76, with the new Mothman Equinox event, beginning of season 7, along with quality-of-life changes and fixes.

Mothman Equinox has teased a bit of Bethesda, and now everyone has a chance to participate and enjoy it. The seasonal event will run through December 21, and to get started, head to Point Pleasant in the early hours to help Mothman followers, The Enlinced, in summoning the Wise Mothman. This will be a multi-step process, with some goals you need to join others to complete within a deadline. If you can complete everything, you can participate in the final step of summoning and walked away with some new themed plans. Also, to keep you busy for the rest of the hours, while the event is live, you’ll find high-ranking Cultist priests around Appalachian. Defeat them and you’ll get some other Mothman rewards.

Season 7, Zorbo’s Revenge features Dr. Zorbo returning to take revenge on Captain Cosmos. You’ll be able to earn rewards for helping Dr. Zorbo carry out his plan to build a war machine that can defeat his enemies forever. You will have new allies that can join you in your CAMPAIGN, can level up and get special rewards for every rank over 100.

Some Quality of life update including the ability to loot nearby corpses. You won’t need to examine each corpse to see if there’s anything good to take with you. You’ll also be able to loot a legendary creature while nearby. There is also group XP sharing, where everyone will share XP as long as they stay within sight. Context bullet system in Daily Activity has also been expanded to run everywhere and four containers and creatures so there is always a chance to drop them all..

For details on the full update notes, including all fixes, adjustments, item changes, etc., visit Fallout 76.

https://www.mmorpg.com/news/the-mothman-equinox-arrives-in-fallout-76-along-with-season-7-and-useful-loot-and-ammo-changes-2000123816 Mothman Equinox arrives in Fallout 76, along with season 7, and helpful ammo and ammo changes

Will the MCU be able to direct another Avengers Team-Up movie?