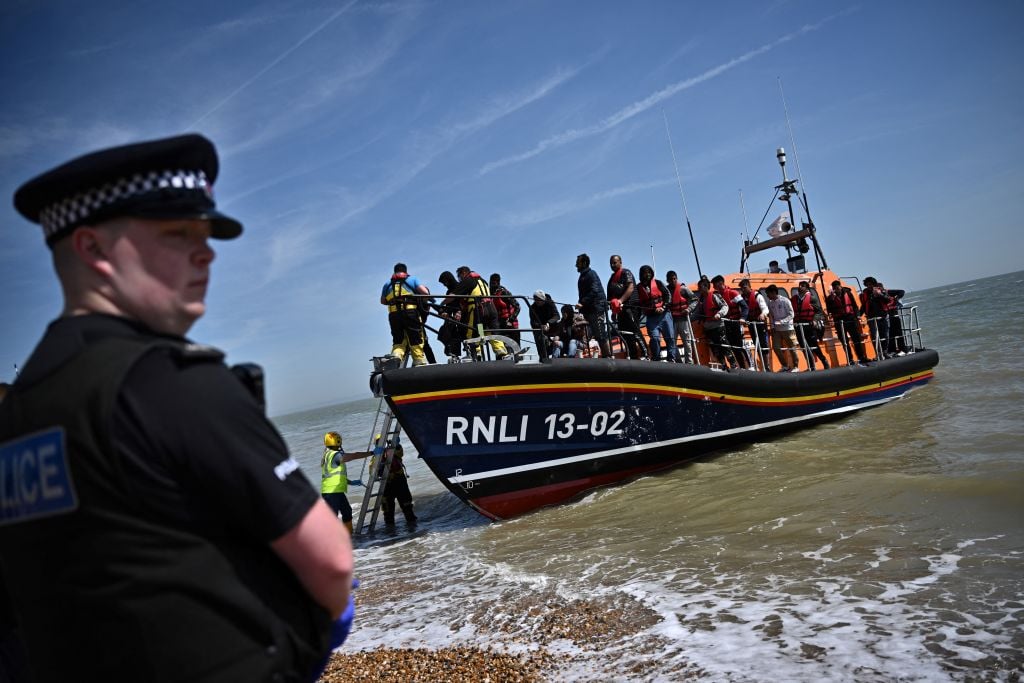 Under a Home Office testing programme, some migrants entering the UK in small boats or lorries are being electronically tagged.

The 12-month trial, which began June 15, will show whether electronic surveillance is an effective way to grant immigration bail to people entering the country via “unnecessary and dangerous” routes, the government said.

Here’s everything you need to know about the process.

What is the process?

According to the Home Office, the trial will show whether the tagging supports regular communication with people who have been granted bail and makes their migration claims faster.

Those who have been tagged are required to report regularly to authorities and may be subject to a curfew or banned from certain areas.

Failure to comply could result in arrest or criminal prosecution.

Why is it happening?

Priti Patel, the Home Secretary, accused the ECtHR of being politically motivated in its “absolutely scandalous” ruling, while Justice Secretary Dominic Raab said new legislation could allow the government to essentially ignore interim measures issued by the Strasbourg court.

The government had planned to transport some migrants who entered Britain illegally to the east African country to seek asylum.

Under his controversial Rwanda plan, migrants are medically screened by Navy and Border Force officials when they are brought ashore at Dover before being taken to the abandoned Manston airfield and processing center in Wiltshire.

Individuals found to have entered through unsafe or illegal routes will be arrested and screened before being handed over to Rwanda.

The objectives of the asylum strategy are to reduce migrant crossings across the English Channel, stop people smuggling and boost investment and development in Rwanda.

Boris Johnson has said the policy will “save countless lives” and put an end to “disgusting people smugglers”.