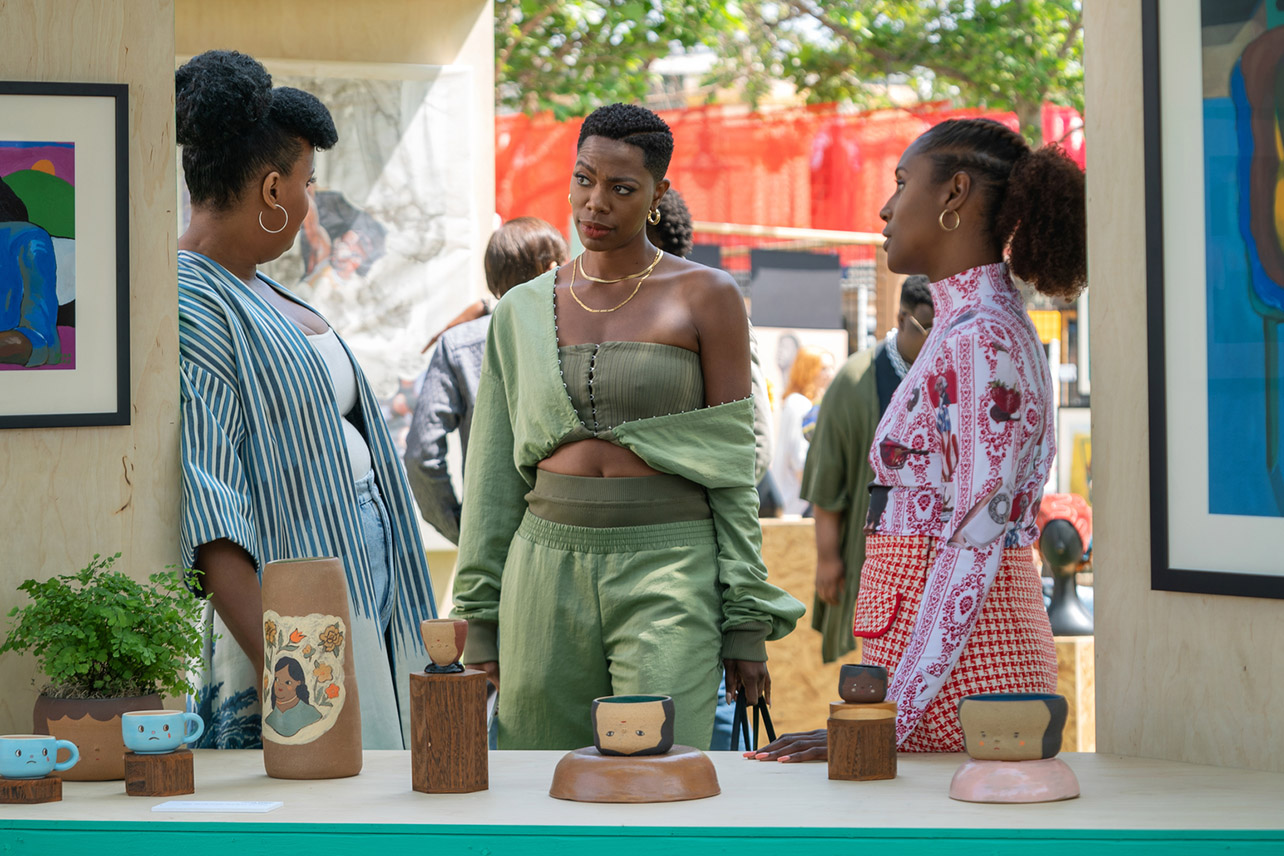 In the last part played with the same melody, tempo and genre as this one, Not safe still manages to create a new sense of familiarity in this week’s bottle episode: “Chillin’, Okay?!” (Season 5, Episode 7) – distinguished by the image of affectionately nodding to Another world & Waiting to exhale, and cleverly handled under the direction of the show’s lead writer Ami Aniobi. With three volumes of the series remaining, keeping our characters in one place has to sacrifice a lot of the messy plot points we love – but more than that is the character development for not only Issa and the gang, but also parents Lawrence & Condola.

This will most likely be one of the last times we see the lineup together, so the intimate space feels more appropriate. Molly, Kelli, and Tiffany meet at Issa for a much-needed (and long overdue) girls night stymied by spa mishaps and spontaneous confessions. The audience is pregnant and this week – thanks to “Questions in the Hat” (a great narrative and game device that I would definitely want to play with friends if only for all the synchronicity it gives) ), we and our characters get some answers.

Although Issa – after placing several Keyshia Cole & Diddy – recommended the game, she liked it the least, dodging questions and making more rules than Blacks playing no. The person asking the question does not have to answer the question? Okay, Jan. But our quartet is at a mature point in their friendship, a past that offers superficial and permissive answers – or facilitates each other’s damaging patterns. In “Chilling, Okay?!” we see our protagonists at their best – most open and vulnerable.

It’s a tight contest, but Molly is the MVP of friendship in this episode. She notices when Issa is uncomfortable talking about Lawrence, turns around and comes to a conclusion about how he and Condola “get back together” and suggests the group get dressed for dinner. She was the first to break the silence after Tiffany’s confession about moving to Denver, like an omelette, to Derek. And most importantly, she stops Issa from calling Lawrence unjustly in the middle of the night. Crossfaded. Issa had had two drinks in just a few hours… not on Molly’s watch.

The bullying of her friends (again: inconsistently) worked. After their night was over and Issa finally responded to her “I love you” to Nathan, Lawrence – the king of bad times – called and was sent to voicemail. The final scene of the episode shows Lawrence as a man living together, and he’s decided, who knows what he wants. His kitchen is cleaner than any man I’ve ever seen.

Meanwhile, Issa, surrounded by chocolate chips and Cool Ranch Doritos cookie crumbs, seemed less enthusiastic about her current relationship and my mind returned to the only straightforward answer. her most in Question in the hat. To “what do you wish you could do?” She replied, “I just figured out what I wanted to do sooner.” Does she mean professional? Does she have a personal opinion? All of the above?

Molly’s words to Tiffany are the theme of the episode: “You have to be really intentional with the people you love.” Nathan shares his evasive seduction style and agrees to work things out with Issa. And I’m really proud of Lawrence & Condola’s co-parenting progress after their brutal act earlier in the season. Even so, for all of their maturity, it’s clear that Lawrence’s heart and mind are elsewhere while thinking about what happiness will be like for him.

I’ve wavered about this but with the end of the season coming up, I want Issa and Lawrence back together. If Issa can get out of her own way, I think it can. I wanted the emotionally intelligent Molly to give Taurean a real shot. I want her to block Dro!!! I’m not sure if I got what I wanted (and I’m sure this final stretch will give the timeline a lot to argue with) but Not safe always gives fans what they need – including all the designers featured in this episode who are Black women, from accessories, to clothes to shoes! I will miss this show very much.

Netflix Announces Most Popular Films and TV Shows of All Time