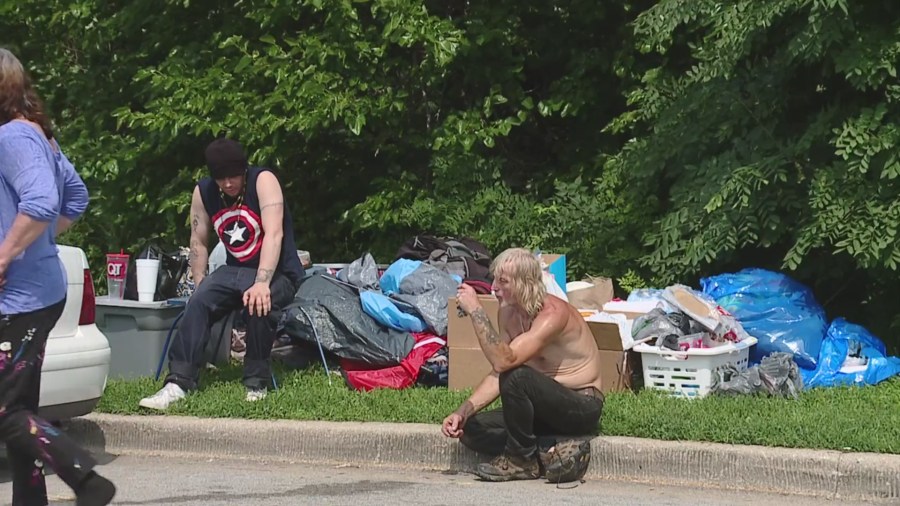 KANSAS CITY, Mo. – The Kansas City, Missouri homeless community is speaking out after their camp in Westport was cleaned up and some people were moved out the previous Sunday.

This comes after a 90-day program offering free hotel rooms to the area’s homeless ended on Thursday.

Tents, sleeping bags and dozens of homeless people could be seen at a homeless camp in Westport over the course of the weekend, but Sunday night that area was clear.

“I just know some people who aren’t treated like humans and I feel like that’s a big deal,” said Monique Snead, resident of Kansas City.

Snead said Sunday morning teams and city police were at a homeless camp, called Camp 6ixx, with large trucks picking up their belongings and telling them they had to leave.

They were taken to Penn Valley Park in Midtown Kansas City.

Residents said they felt like the city was trying to hide them.

“An officer proceeded to tell me that Mayor Lucas didn’t want us there anymore,” Handy said. “He didn’t want us to be seen again. He doesn’t want homeless people in public. “

The city says homeless camps have been demolished, part of a citywide tent and litter clean-up initiative to remove trash in public areas.

It said that for any site with homeless residents, a coordinated response with social service providers is required.

“All we wanted was a decent place to stay,” says Handy. “Give us a good place to stay and we’ll stop and get out of your way.”

Handy says everyone, even the homeless community, deserves the chance to have a good life.

“The right housing and the right shelter and the right care for us because they’re not doing whatever they’re supposed to do,” said Handy.

‘All we want is a proper place to stay’: Homeless community camp gets moved out of Westport

Our favourite games of 2021 so far