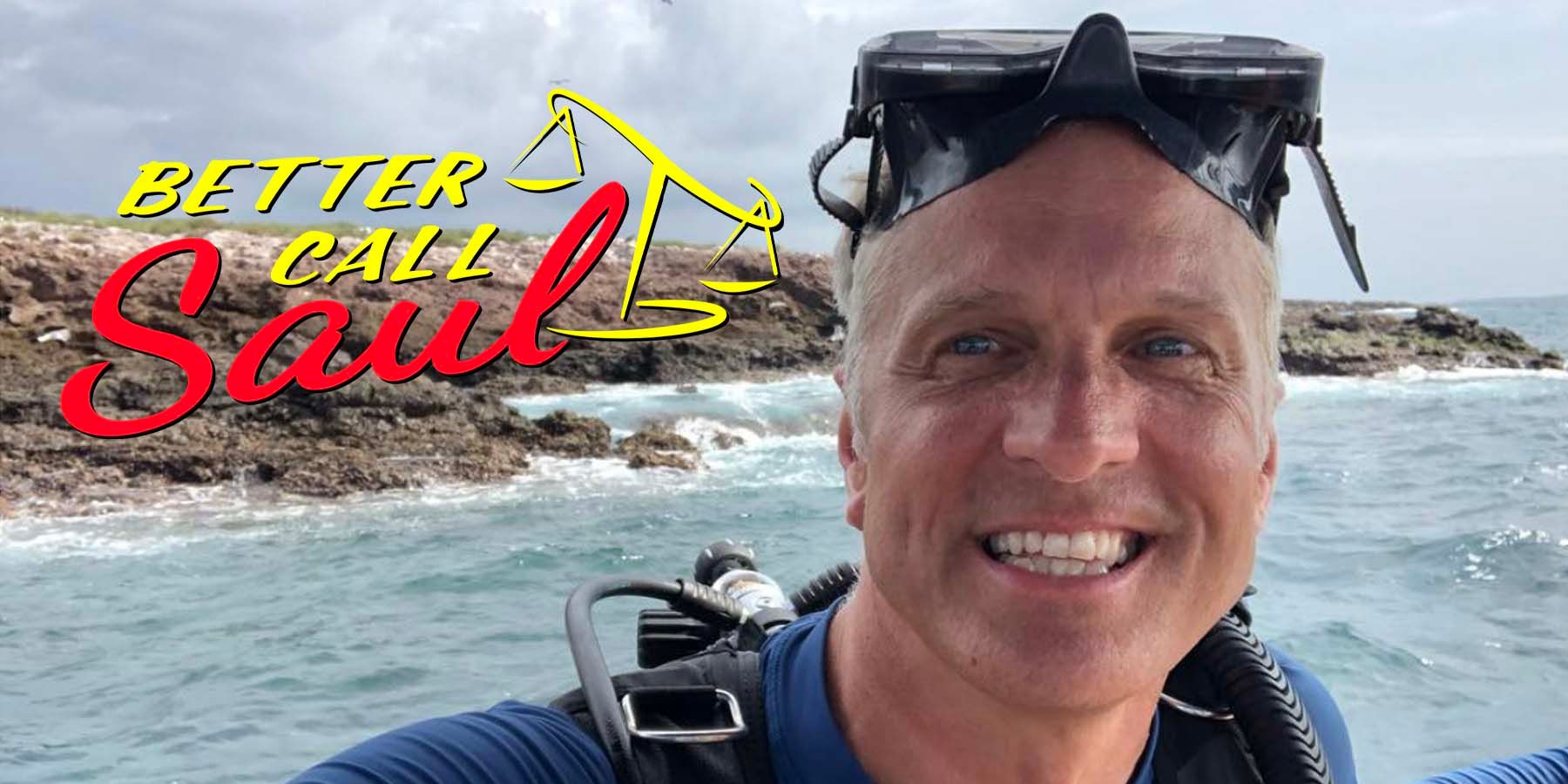 Better call Saul took a fairly simple but effective route for a scene in the episode “Fun and Games”. Instead of having Patrick Fabian pose for his character Howard Hamlin’s funeral, the showrunners decided to take pictures from Fabian’s personal social media page.

Hamlin’s funeral in Better call Saul showed several images of Fabian including him diving in Mexico, posing with a giant tortoise in the background, participating in what appeared to be a marathon and Fabian on a boat. Hamlin’s funeral service was also held at the law firm of Hamlin, Hamlin, McGill, which was to be renamed as the deaths of the law firm’s three original partners were confirmed.

It made Howard Hamlin’s funeral feel a little more authentic, as if viewers really lost a real person to connect with. While one could argue that this is a lazy strategy, some of these Instagram images are from 2015 when the show first started, so they also feature images of Fabian, who is noticeably younger. Again, the funeral feels more real. One of the problems Hollywood has had in the past when showing images of characters is that they felt far too perfectly posed to believe the image was authentic.

What makes it even better is if you check out Fabian’s Instagram page, they are littered with pictures of him and his Better call Saul castmates. That includes those he never actually shared a scene with during his time on the show, like Michael Mando, who played Nacho Varga, and Jonathan Banks, who plays Mike Ehrmantraut. It shows just how connected these actors really were over the seven years they worked together on the show.

Hamlin’s death in Better call Saul really meant a point of no return because he was the last character viewers would have expected to die. He was never involved in what the show calls “the game,” and was only killed for being in the wrong place at the wrong time. Hamlin wasn’t without flaws as a character, but the show did an excellent job of showing that he really was the most adjusted citizen of all in the cast. You felt sorry for him even before Lalo Salamanca murdered him in cold blood. Not only was he unfairly molested by Jimmy and Kim, his marriage fell apart. Not to mention that it was tough leading up to Chuck McGill’s death. To see him murdered to top it off was so unspeakably cruel when he didn’t deserve it in the slightest.

That’s what makes it so effective. Another problem that a large number of TV shows and movies have is that in addition to shock value, it’s also about killing a character. This will surprise your audience at first, but if it doesn’t affect anything, they’ll wonder why exactly the authors went down this route. Of course, Hamlin’s death was the show’s most shocking twist, but it made sense, aside from being the only plot point that nobody would have seen coming. It affected everyone too. It served as a breaking point for Kim Wexler, leading her to leave Jimmy, leading him to basically embrace his life as Saul Goodman. His needless assassination served as a catalyst for what the end would bring Better call Saul prequel timeline and begin the breaking Bad timeline.

How to Get More Money, New Stands in AUT with the Arrows