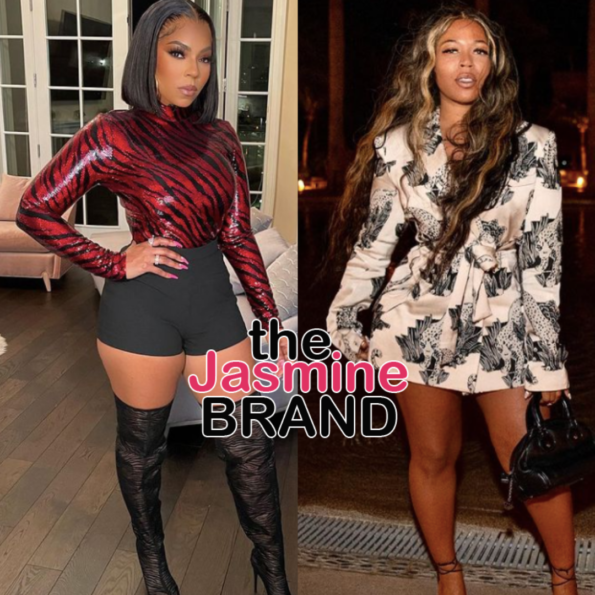 Ashanti says it took a lot for her to ‘not make that call’ when she learned her sister, Kenashia Douglas, was the victim of domestic abuse

Ashanti doesn’t play any games when it comes to keeping her sister and her loved ones safe. In a recent interview with a media personality Angie Martinez, By Ashanti sister, Kenashia Douglas, shared the heartbreaking news that she had been a victim of domestic violence. She speaks,

“I’m not sure if people know, or if you do, but I have experienced domestic abuse. I broke my tooth. ”

She continued and revealed that the abuse she suffered came from her ex-fiance.

“This is actually the first time I’ve talked about it publicly.”

When asked if they knew the abuse was taking place Ashanti and her mother, Tina Douglas, both said,

Ashanti says she doesn’t accept violence, but she is about to have someone deal with the man who beat her sister to the point of breaking her tooth. Is domestic violence real? pic.twitter.com/ZED6hebMuv

Tina Douglas added that after the incident, her daughter ran into the house to tell them she had been beaten and broken her jaw.

Ashanti was then asked how she handled seeing her sister in such a painful situation. She replied,

“It’s not good for me, you know. I am not a violent person. But when you harm and disrespect someone I love to this degree, I turn into a different person. And I don’t condone violence, you know what I mean. But it took me a long time to… not make that call, if you understand what I’m saying. ”

Kenashia Douglas took her traumatic experience and turned it into something good. In the interview, she shared that she founded an organization, Wife Of Creation, dedicated to helping people grow and heal ‘their mind, body, and spirit.’

“Wife Of Creation, as I said, is an extension of my healing journey. So I’m basically giving people resources.”

As previously reported, Kenashia Douglas shared pictures of the bruises she suffered after her traumatic experience last year. On her 31st birthday, the fashion designer uploaded a video reflecting on her life and some of the obstacles she had to overcome. Halfway through the video, things get serious like Kenashia shows her picture with a black eye, bloody face and broken teeth.

It has been speculated a lot that Kenashia’s former hip-hop businessman, Rodney “Bucks” Charlemagne, responsible for the abuse she suffered, but it remains unconfirmed.

What are your thoughts on this whole situation? Tell us in the comments below!

https://thejasminebrand.com/2021/11/17/ashanti-says-it-took-a-lot-for-her-to-not-make-that-call-when-she-learned-her-sister-kenashia-douglas-was-a-victim-of-domestic-abuse/ | Ashanti says it took a lot for her to ‘not make that call’ when she learned her sister, Kenashia Douglas, was the victim of domestic abuse

Here’s Everything Coming to Netflix in October 2021

A Suicide Squad Review from a Comics Fan

Brazilian slasher comes to VOD and DVD in October